The Club is for anyone aged between 8 and 24.

The Birkenhead Youth Club started life as The Birkenhead Boys Club in 1932, the prime mover in its establishment being the late Harry France, a Probation Officer, subsequently Senior Probation Officer, in Birkenhead. He had for some time been a leader in a group of Boy Scouts which met in a small building known as the Borough Prize Band Hall near the Birkenhead Docks. He, and some of his colleagues, found that a number of boys who wanted to join the Scouts were unable to do so because their parents could not afford the uniform.

As a result they approached the Birkenhead Rotary Club who agreed to finance the setting up of a Boy’s Club and its running costs for a year if suitable premises could be found. Premises which met the requirements at the time were found at 161 Price Street where The Birkenhead Boy’s Club opened its doors in October 1932 and it flourished there to the extent that by 1936 the Club was planning a further move to premises to be built in Watson Street. Unfortunately, owing to the threat of War an expected offer of financial assistance from the Ministry of Education was not forthcoming and, although a move did take place, it was not to the intended purpose built premises but to existing, and not very suitable, premises at No. 81 Price Street.

When War did break out in September 1939 activity at the Club inevitably dwindled and those former voluntary helpers who survived the War and returned to Birkenhead had for the most part acquired family and other responsibilities which prevented or substantially reduced their ability to be involved in Boy’s Club affairs. The original Chairman, Mr J Atkinson, remained Chairman but was not in good health and so unable to devote much time to the Club and by 1953 the position was that the Club had plenty of members but altogether too few active organisers and supervisors. Once again an application for help was made to the Birkenhead Rotary Club and as a result a few of their younger members (including John Pyke) agreed to do what they could to get the Club on a sound footing, but without any long term commitment as they were all much involved in rebuilding their careers after War Service. John Pyke agreed to act as temporary Treasurer and he recalls his first visit to the Club at 81 Price Street when, he says, the noise level on opening the door was deafening and there was little trace of any order or control. The premises were far from ideal as there were several small rooms making supervision difficult and he concluded that there was an urgent need for strong and determined leadership which he and his Rotary Club colleagues, owing to their other commitments, did not feel able to provide at that time. Fortunately help was at hand. Harry France was still on the committee and had enlisted assistance from a younger Probation Officer, Harry Cannell, who was also an officer in the Territorial Army serving in the 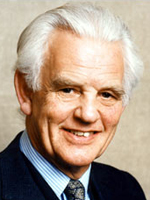 Artillery Battery of which Derek Bibby (pictured) had recently become Commander. Derek had already told Harry that he did not find TA soldiering very satisfying and would prefer to devote his spare time to some other cause, preferably involving young people.

Harry lost no time in acting on this information and he took Derek to the Club where his reception was much the same as that experienced by John Pyke but, far from acting as a deterrent, Derek saw it as a challenge which he was ready and willing to accept. Harry reported Derek’s reaction to the committee who asked John Pyke to arrange to call on Derek and invite him to take over the chairmanship and, in consequence, Derek became Chairman some three weeks after he first stepped into the Club premises. From that time onward the history of the Club is virtually a recital of the innovations, projects and ideas put forward by Derek and to a very large extent carried through by his enthusiasm and drive coupled with a knowledge of where and how to raise funding, and in the last mentioned respect he could be relied upon to lead the way himself in a very generous manner. He was also ready to devote a very large portion of the time which was not required imperatively for his business or his family ( and there were occasions when they might have been forgiven for wondering whether they actually took precedence ) on the needs of the Club.

Under Derek’s leadership and guidance it was not long before a move took place to a former Church Hall, St, Nathaniel’s in Cleveland Street, a very short distance from the Club’s present premises in Watson Street. This was not an ideal venue but it was never intended to be permanent and it provided the essentials, a large activity room which could be supervised quite easily, a small office and an area for a rather basic coffee-bar. As soon as this building had been tidied up and made fully operational Derek set about finding a site where the purpose built building he intended the Club to occupy could be erected. It was not long before the piece of land on which the original building of the present premises stands became available but this piece had only about half the present frontage on to Watson Street as there was at that time a narrow road and a terrace of back-to-back houses between the land and Cleveland Street. Having negotiated terms for acquiring the land from the Birkenhead Corporation Derek set about raising sufficient funds to cover the purchase and the cost of building the first stage, the building being, at his insistence, designed ( without fee by Miss Betty Lloyd, an Architect and daughter of the builder Sir Robert Lloyd ) so as to be capable of expansion to about double its original length. 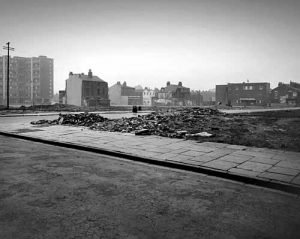 Within a remarkably short space of time the necessary funding was raised and the first stage of the building completed and the move from St. Nathaniel’s Hall took place in 1956. From then on it is a story of steady expansion, increase in activities and improvement of facilities, all attributable to the untiring enthusiasm and leadership of Derek Bibby and it is in every way fitting that these premises should in future be known as “The Derek Bibby Centre”.